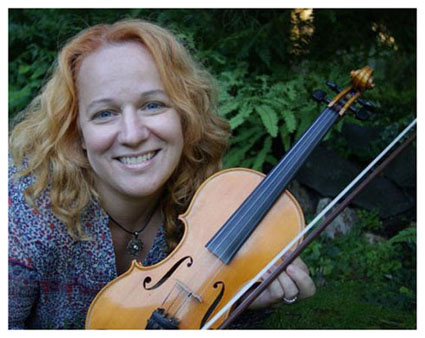 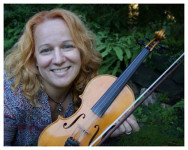 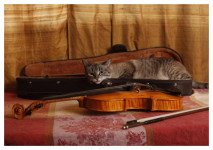 Bronnie Griffin is a contemporary fiddler steeped in the rich Irish tradition. A prize winning student of the legendary Kevin Burke, Bronnie learned her Irish from the best. With a classical training tempered by a sojourn in Bluegrass and Old Time playing she broadened her already considerable abilities after she went to the well of the tradition, and spent over ten years in Ireland busking and listening to the great tune keepers and lore masters. She returned and played around the U.S., sharing the stage with Gerry O’Beirne, Johnny B. Connolly, Nancy Conescu, John Williams and Kevin Burke, among others. Today she lives in the musically rich and diverse city of Portland, Oregon, where Celtic music flourishes, enriched by the vibrant and eclectic world scene, all of which is reflected in Bronnie’s lively playing. With one stellar album under her belt, and another forthcoming, Bronnie Griffin brings a strong bow, melodic lift, and sheer joy to the world of traditional music.
— Ruby Hoy 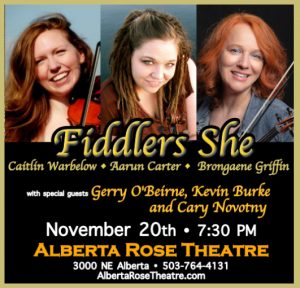